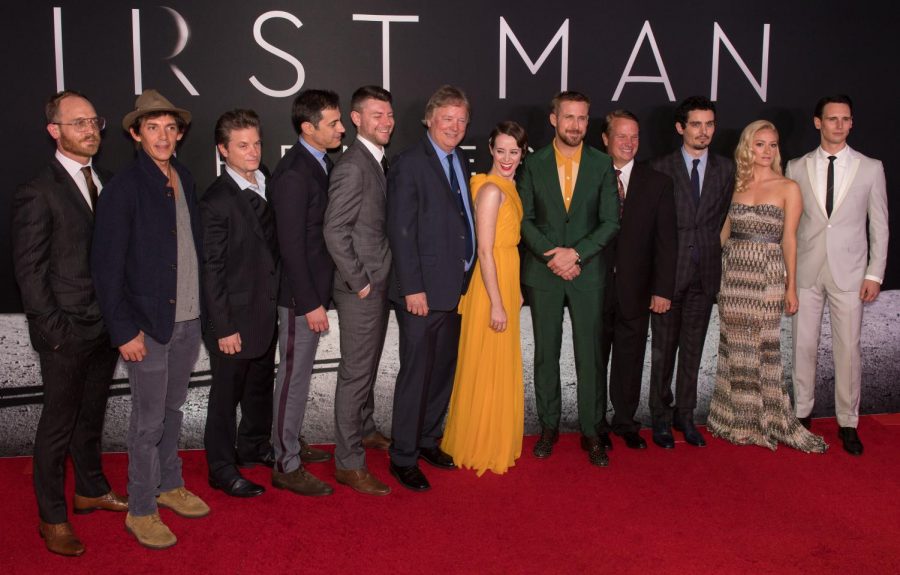 First Man recently premiered at the box office bringing many in to see it. The movie features many well-known actors and actresses such as Ryan Gosling, Claire Foy, Jason Clarke and Kyle Chandler. The movie, which was released on October 12, centers around Neil Armstrong, played by Gosling, and NASA’s mission to send a man on the moon. Although the movie is based on the New York Timesbestselling author James R. Hansen’s book, First Man: The Life of Neil A. Armstrong, many have discredited the film as being anti-American, specifically for not showing a scene of the planting of the American flag on the moon. However, Armstrong’s two sons have already expressed much love and gratitude towards the film that is based upon their father’s life.

“This is a film that focuses on what you don’t know about Neil Armstrong. It’s a film that focuses on things you didn’t see or may not remember about Neil’s journey to the moon. The filmmakers spent years doing extensive research to get at the man behind the myth, to get at the story behind the story. It’s a movie that gives you unique insight into the Armstrong family and fallen American Heroes like Elliot See and Ed White. It’s a very personal movie about our dad’s journey, seen through his eyes,” Mark and Eric Armstrong said.

The movie received a rating of 88 percent from RottenTomatoes’ critics, a 62 percent audience score and earning nearly $9 million at the box office since its opening weekend. Although Varietysaid the movie would open with a $20+ million opening weekend and the film later reached the low end of its predicted range, critics are still calling it a beautifully done biopic that explores the depths of spaceflight.

The film was directed by Damien Chazelle, who has previously won an Oscar for directing La La Land, which Gosling also starred in. Chazelle, along with the writer, Josh Singer, showed many heart-rendering scenes that uncovered another side to Armstrong’s life, one the public never really got a chance to see. Towards the end of the film when Armstrong lands on the moon, the camera pans to him dropping something he had brought with him on the flight, his daughters bracelet that spells out her name, Karen. Karen was diagnosed with a form of brain cancer when she was very young and died at the age of three, seven years prior to his mission. Based on the film, Armstrong seemed to take the death of his daughter worse than his wife. The interesting part about the scene is that no one knows if Armstrong actually dropped his daughter’s bracelet on the moon. The astronauts on the flight, Armstrong, Michael Collins and Buzz Aldrin, were allowed to keep a personal preference kit (PPK) detailing the belongings they had brought with them on the mission.

“Hansen asked Armstrong for his PPK manifest and he said he lost it, which was very unlike Neil, who was a pack rat,” Singer said.

The acting and scenes were captured beautifully, however, one part in the movie strays from the truth a bit when Armstrong (Gosling) learns that he will command Apollo 11 and that if the mission goes as planned, he will go down in history as the first man on the moon. Apollo astronauts were actually notified of their crew and titles years before the flight actually took place, whereas, in the movie it seems to only occur within a few weeks leading up to the mission. Each flight also relied heavily on the previous mission and if it was successful or not. Landing on the moon was not expected for Apollo 11 rather than Apollo 12, 13, or even 14. However, thanks to the successful mission of Apollo 8, NASA was able to fly to the moon much sooner than they had intended.

First Manwill go down in the books as being a groundbreaking film and many are expecting it to be nominated for an Oscar in 2019. Some scenes are not the full truth, which is why many have chosen not to see the movie. But nevertheless, the film has received excellent feedback from reviewers and walks people through Armstrong’s life leading up to one of the greatest events in human history.