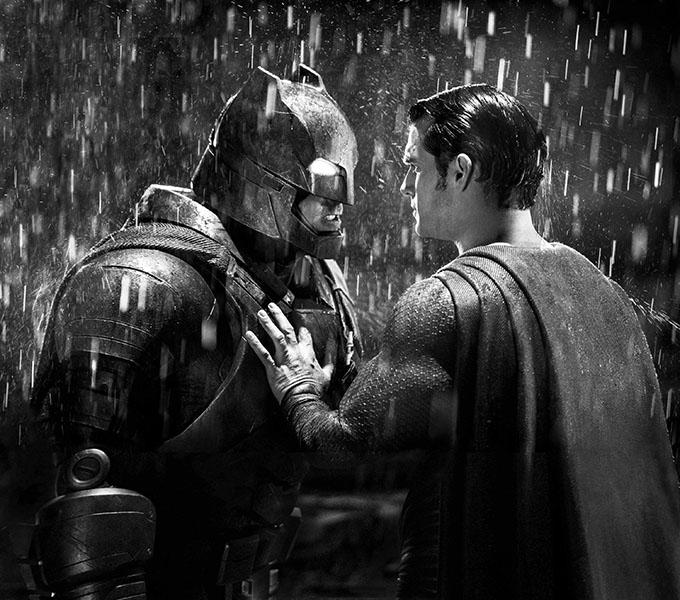 The much-anticipated Batman v. Superman: Dawn of Justice has been in theaters for several weeks. Its first week, it broke box office records, grossing a large amount of money, only to break numerous records in box office drops the following week. This has likely been due in part to the largely mixed to negative reviews the film has received. The film currently has a 29 percent on Rotten Tomatoes and a 7.3 on IMDb. Critics and movie goers have cited several reasons for this, such as writing, character development and small plot elements. However, while the film has some obvious flaws, the criticism is quite overwhelming and very undeserving. The film is probably one of the best comic book films in years, and is a representation of what the dark, serious DC cinematic universe is supposed to be.

The plot of the film is a rather simple one. Eighteen months after the events of Man of Steel, in which the city of Metropolis was devastated by Superman’s battle with the powerful General Zod, Metropolis has been rebuilt. However, as a result of Superman and Zod’s battle, as well as various other events, the world is questioning the credibility of Superman as a hero and whether he should be allowed to act the way he does. Many flat out despise Superman or are just cautious of his potential ability to destroy the world. Two people with these sorts of feelings are millionaires and philanthropists Lex Luthor, and Bruce Wayne, a.k.a the dark vigilante Batman. While Batman does not flat out hate the hero, he certainly keeps his eyes out on him to ensure he stays in line. Superman himself, on the other hand, is questionable of Batman, who has been active for twenty years now, but has caused recent controversy for his downright brutal treatment of criminals. Lex Luthor, knowing of the heroes’ prominence and likely suspicion of one another, sets in a series of events that will conclude with the two fighting and possible destruction of one another.

Of course, coupled with this plot are little details and plot lines that are meant to set up the upcoming Justice League film. These details include the inclusion of Wonder Woman, who ultimately joins at the end of the film, as well as the inclusion of the infamous monster Doomsday, who causes Wonder Woman to join Batman and Superman in battle against the creature. While there is clear oversaturation here, it only emphasizes the film’s subtitle Dawn of Justice. What may come as a surprise to many, due to how the film was marketed, is that the film isn’t necessarily about Batman and Superman fighting. It is instead a large set up for bringing the Justice League together through its two most iconic heroes. This idea is in many ways the epitome of what is good and bad about the film.

The writing of the film is flawed in that it tries to cover too much. The film in many ways is an exploration of the DC Cinematic Universe as a whole, or at least the worlds of Batman and Superman. The film also has an issue in how it tries to set up the Justice League by bringing in Wonder Woman and other characters throughout the film. Its final act, while very entertaining, suffers from oversaturation because of how it introduces Superman’s iconic enemy Doomsday, who infamously killed the Man of Steel in the bestselling Superman story The Death of Superman. Doomsday acts as the final threat that brings Batman, Superman and Wonder Woman together to plant the seeds for the forming of the Justice League. However, the creature’s presence in the film does not ruin the film, but nevertheless may seem like too early of an adaptation to comic book fans. One would think that Doomsday would not be included until at least the third Superman film in the new franchise.

Despite such flaws, the film has many pros that outweigh many of its cons. The film’s set up of Batman and Superman’s fight is amazing and one that feels like something right from a comic. The film as a whole flows like a comic and the entire film feels like an adaptation of a DC graphic novel. Even its cinematography is one that looks like it is taken directly from comics. This is something that should definitely appease comic fans. As for the actors, all of the major players in the film give great performances. Ben Affleck is the biggest star of the film, as he proves that he truly has gotten better at acting over the years, and may very well be the best Batman seen on film. Only the flawed writing eclipses the actor’s performance, but this is up for the debate. Gal Gadot, despite her limited screen time proves that director Zack Snyder may have actually known what he was doing when casting the inexperienced actress. Jesse Eisenberg as Lex Luthor is certainly a good performance, but whether one likes the casting choice of him is a matter of taste.

The film as a whole is one whose elements are a matter of taste. If moviegoers want to see a film that has many plot lines and takes itself very seriously in a comic book manner, then this is the film for them. However, those who are used to the Marvel film formula, which is a bright toned and family oriented film, may not like the film. Batman v. Superman was certainly made for comic book fans and its direct adaptation of various comic book elements, as well as its ability to bring two of comic’s most iconic superhero films together are just some of the reasons that Batman v. Superman is one of the most impressive but polarizing films to come out in years.