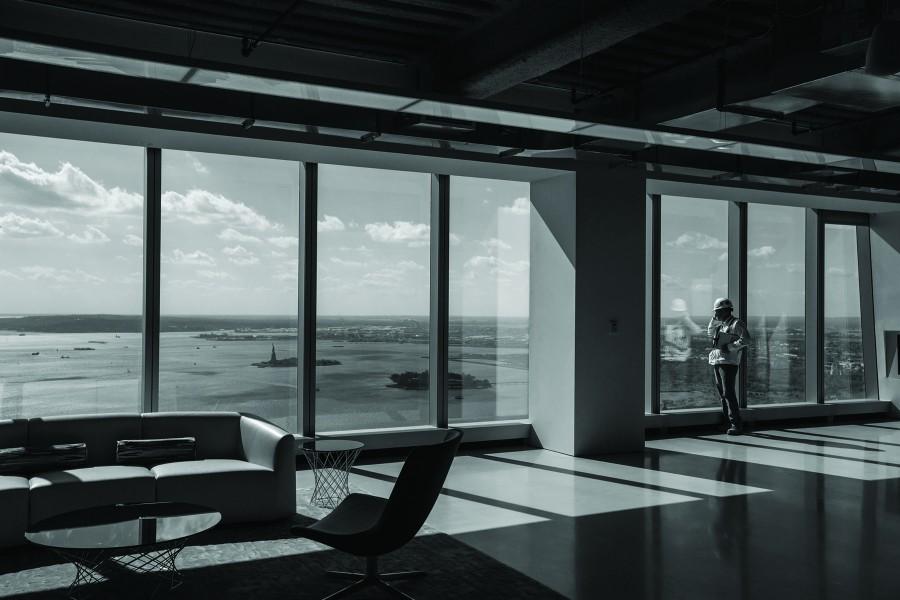 After thirteen years following the 9/11 terrorist attacks, the World Trade Center has been revived and opened for business again, marking an emotional milestone for New York City as well as the rest of the country.

The One World Trade Center, a 104-story, $3.9 billion skyscraper, dominates the Manhattan skyline as America’s tallest building. The centerpiece of the 16-acre site is where the twin towers stood before, and where 2,700 civilians lost their lives on 9/11.

The first tenants of One World Trade Center moved into their offices on November 3. About 175 employees of Conde Nast magazine publications, which publish Vogue, the New Yorker and Vanity Fair, began their week in this new workplace.

Conde Nast is expected to move in about 3,000 more workers by early 2015. They will eventually occupy 25 floors.

The building is 60 percent leased, with another 80,000 square feet going to the advertising firm Kids Creative, the stadium operator Legends Hospitality, the BMB Group investment adviser and Servcorp, a provider of executive offices. The government’s General Services Administration signed up for 275,000 square feet, and the China Center, a trade and cultural facility, will cover 191,000 square feet.

From the northeast area of the tower, the building overlooks the National September 11 Memorial and Museum built in the trails of the twin towers. Its stated purpose is to pay tribute to those who were killed on that September morning.

For many years, the gruesome place where workers found mostly body parts was labeled the “ground zero” of the airborne attack.  Now, the illuminated point of One World Trade Center serves as a signal to planes that fly over the city, seemingly at eye level with the high rise’s open rooftop. The view stretches from Manhattan to the Statue of Liberty into New Jersey and Connecticut and all the way to the Atlantic Ocean.

At night, the luminous steel and glass part can be seen from boats in New York Harbor approaching Manhattan. Eventually, an observation deck will be open to the public.

The eight-year construction of this 1,776-foot high skyscraper came after years of political, financial and legal infighting that threatened to disrupt the project.

The disputing slowly came to a halt as two other towers that are a part of the new World Trade Center complex started going up on the southeast end of the site: the now completed 4 World Trade Center, whose anchor tenant is the Port Authority, and the 3 World Trade Center that is now officially funded and will open in late 2017.

The area of the World Trade Center has prospered in recent years. About 60,000 more residents now live there, which is three times more than before 9/11.

T.J. Gottesdiener of the Skidmore, Owings & Merrill firm that produced the final design told The Associated Press that the high-rise was built with steel-reinforced concrete that makes it as terror attack-proof as possible.

“If my son told me he had a job in the trade center Tower 1, I would have no qualms about him being there,” he said.

Gottesdiener stated that the firm went beyond the city’s existing building codes to achieve that.